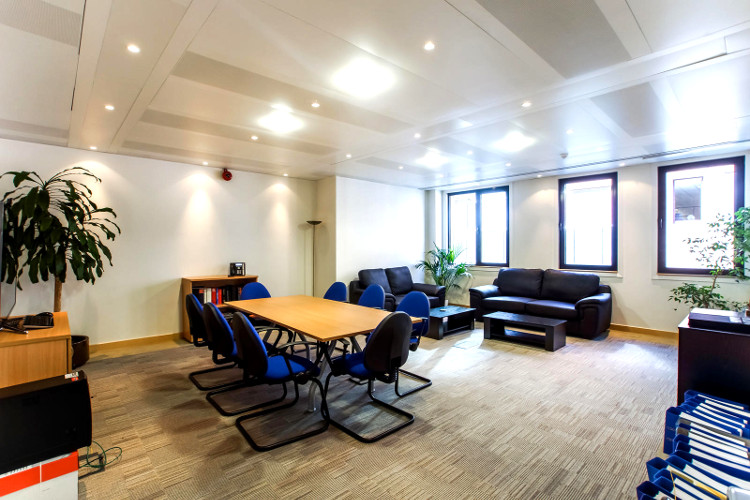 Anton Page are pleased to have successfully let 3 floors at 10-12 Alie Street, Aldgate. The ground, first and fifth floors have each been let to different occupiers on short term leases spanning until June 2017.

The office spaces proved popular. Each floor had been viewed several times a week with positive feedback especially on the attractive features including that each space was fitted out to allow for immediate occupation, as well as being arranged around a central atrium and benefiting from a commissionaire in the reception area.

Due to the short nature of the leases available, the offices presented an ideal opportunity for short term projects and overflow requirements.

The companies who took these floors include Sociomantic Labs and City Training Academy, both creative companies – one specialising in advertising and the other in performing arts. They took the space as a cheaper and more flexible option to the intense and extensive creative hub of Shoreditch.

Anton Page have also just began marketing the second floor in the building, similarly for a short term lease of up to 1 year. The space here, along with the ground, first and fifth floors, boasts amenities including suspended ceilings, full access raised floors, 2 passenger lifts, AC, meeting rooms and a kitchen.